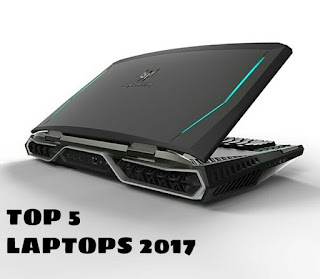 Lot of laptops with immence power has been released.
I think the major goal of the computing sector was to create laptops that match desktop PC power while retaining the portability of a laptop.

Most of the laptops featured on this list are examples of such laptops.

This list is going to be in descending order. 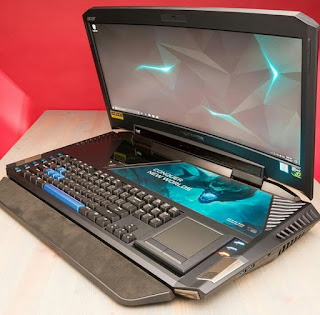 I think I deserve to be flogged if the Acer predator 21X didn’t make it to the top position of my top 5 list for  2017 laptops.

Acer predator 21X is more than qualified to be in this position.

Acer predator 21X raised the bar of laptop performance, it broke the limit laptops had when it comes to performance.

It is simply a performance beast.

Below are it’s top features;

The Acer predator 21X build is far from anything usual.
Though it still retains a laptop design and its portable, it’s portability cannot be compared to the portability of regular laptop’s we are used to, it is quite heavy, weighing 8kg.

Other hard ware specifications of the Acer predator 21 X includes;

-Two Nvidia GeForce GTX 1080 GPUs in SLI, 8GB each which amounts to 16GB of video memory.

-It has features tobi eye tracker.

As you can see from this brief description of the Acer predator 21X , you can see that this laptop is a performance beast. 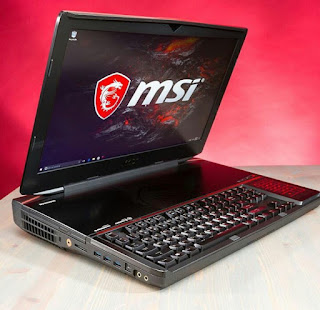 Acer predator being the most powerful laptop 2017, it has become a yardstick for other laptops on this list.

The MSI GT83vr retains the same form factor as the Acer predator 21X discussed above.
It has a laptop shape but doesn’t share the weight most regular laptop possess.
The MSI GT83vr weighs 5.49KG

It also requires 2 charging bricks for power too.

Other hard ware specifications of the MSI GT83vr includes; 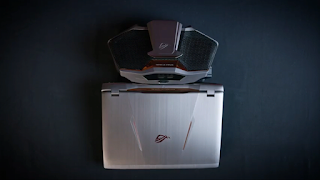 The Acer 21X doesn’t feature the same form factor as the MSI GT83vr and the Acer predator 21X.

When it comes to the Asus rog GX800, it’s a different ball game entirely, but hardware specifications still maintain some resemblance.

The Acer predator 21X is the most powerful water cooled laptop 2017.

There are two dimensions of operation when it comes to the Asus rog GX800,
When it’s docked and when it’s not docked to it’s water cooling extension.
Read also: Asus rog GX800 review
Unlike in the Acer predator 21x and the MSI GT83vr, Asus did not throw portability to the wind.
The Asus rog GX800 is an 18 inch laptop which weighs 5.7kg.

The Asus Rog GX800 features 2 fans and 6 heat pipes.
The water cooling unit on this laptop compliments the extra fans and heat pipes found on the Acer predator 21X.

Other hardware specification of the Ausus rog GX800 includes; 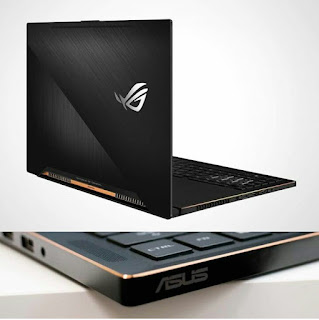 The previous laptops listed above are a bit above the portability standard of laptops but the Asus Zephyrus GX501 is a game changer, it doesn’t follow this trend and it’s still a powerful laptop.

The Asus Zephyrus GX501 is one of the first laptops to feature nividia Max-Q design.

One of the main reasons some  laptops are big and super thick is the kind of graphics card they possess.
But with the Max-Q design laptops will be thinner and still remain powerful with top notch graphics chips.

Laptops with the Max-Q design will feature GPU’s with lower voltage and clock speed.
With this, GPU’s require lesser power.

This way laptops will require smaller fans and laptops won’t require more than 2 fans, Aiding a reduction in size and over all power consumption.
Read also: Asus Zephyrus Gx501 review
The Asus Zephyrus GX501 is a 15 inch laptop, that is 1.79cm thick and 0.7 inch thin.

Other hardware specification’s of the Asus Zephyrus GX501 include; 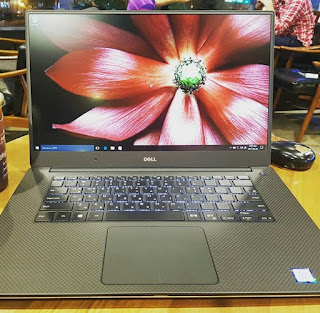 This laptop may not be aas powerful as any of the laptops listed above, but this laptop makes a fine line between performance and beauty without putting aside portability.

It is one of the few laptops with bezeless display to surface in 2017.

– 15.6 inch  touch screen IPS display
Something  here to note is the fact that this is a 14 inch laptop with a 15.6 display as a result of its almost bezeless display.
Read also: Dell xps 15 9560 review
– Intel core i7 kabylake processor 7700HQ processor