In a case you don’t know, Cryptocurrency a digital currency in which encryption techniques are used to regulate the generation of units of currency and verify the transfer of funds, operating independently of a central bank
A perfect example of a cryptocurrency is BITCOIN

Cryptocurrency mining takes a lot of energy, and anything that uses that much energy generates a lot of heat, which is why cooling systems are so important for computers using high-end graphics cards to min bitcoin.

Qurnot QC-1 is a cryptocurrency mining rig that comes with a wall-mounted radiator to heat your home and earn you cryptocurrencies at the same time.

Instead of paying money for a home heater and a cryptocurrency mining rig at the same time, you can have both built it one at a cheaper price.

The QC-1 is also said to be totally silent; there are no fans for cooling, of course, because that would defeat the entire purpose of the “heater”.

According to Qarnot, the QC-1 has two Sapphire Nitro+ Radeon RX 580 graphics cards that can mine at up to 60MH/s.

The company claims that the whole thing can be set up in under 10 minutes. You just plug in the QC-1 to power and Ethernet, add your Ethereum wallet address in a companion smartphone app, and you’re off to the races. You can also set up the QC-1 to mine other cryptocurrencies instead if you’re not an Ethereum fan. Users will be able to monitor mining progress through the app, as well as activate a “heating booster mode” that kicks the heat up beyond the usual level of heat generated from the mining for when temperatures drop.

With the QC-1, mining bit-coin won’t be thing of uppermost thought, owing to the fact that the QC-1 is a furniture that makes money for you.

How To Buy, Sell and Transfer Bitcoin (BTC) on Cash App Easily 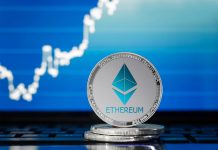 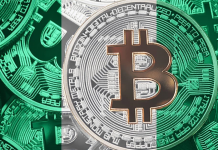