Copying the iPhone x is a sentence that is synonymous with most of the Android Smartphones that have been released in 2018. Even one of Apple’s greatest rival, Huawei has the same sentence wrapped around the existence of P20 and P20 pro.
How the various Android Smartphones merge the design aesthetics of the iPhone X with their hardware is what makes them different from each other.

Infinix basically added the X suffix to the Hot S3 and featured a design similar to that of the iPhone x.

In this article I am going be discussing the extent Infinix went in copying the iPhone x, by giving a comprehensive comparison of both phones.

The iPhone X is 5.8 inches in size, features a metal frame with glass on the front and back. Apple featured a glass panel on the back of the iPhone X to allow wireless charging.

The Notch has gained so much popularity as it has been copied by many Android Smartphones, facilitating a lot of similarities in design with the iPhone X and many other smartphones.

Many smartphones feature the notch but not all of them expresses the essence of the notch.
This is were the infinix hot S3x begins to fail, as it falls in the category of smartphones that feature the Notch for the wrong reasons.

The infinix hot S3x is a plastic phone with glass on the front, so there is no wireless charging here due to the absence of a glass back.

The infinix hot S3x attempts a near bezeless display by featuring a notch.

Featuring this kind of technology on the infinix hot S3x will actually facilitate an increase in price, but if you have the intent of not doing something well, there is no point doing it.
Anything worth doing, is worth doing well.

The iPhone x features a 5.8 inch HD super retina OLED display, with a screen resolution of 1125 X 2436, which is capable of outputting 4K Content.

The iPhone X features a dual rear camera setup with dual 12MP camera sensors.
The cameras features dual optical image stabilisation.
One of the cameras on the dual camera setup Features a wide aperture lens of F/1.8 while the other is s Telephoto lens of F/2.4 aperture.

The dual cameras are capable of taking pictures in portrait mode and portrait lighting mode, where it turns the background of the image totally black.

The rear cameras of the iPhone X is capable of shooting 4K content with frame rates up to 60 FPS and also 1080P slow motion videos up to 240 FPS.
The iPhone X has the capability to play games using augmented reality.

The infinix hot S3x features a dual rear camera setup on the back.
This camera setup houses a 13MP main sensor and a 2MP wide-angle lens camera.

The infinix hot S3x is only capable of shooting 720P video footage.

Unlike most smartphones that feature a notch, the iPhone X relies a lot on the security from it’s face ID, hence it features the proper hardware needed for Face ID to work.

For proper functioning of the iPhone X, the iPhone X features in its notch, a dot projector, a flood illuminator and a true depth sending camera.

The dot project, projects 30 thousand dots on your face when scanning, it’s function is to differentiate your real face from a mask, picture or any other form of identity, the iPhone X does this by doing texture mapping.

The flood illuminator gives the iPhone x the ability to scan your face even in the dark. 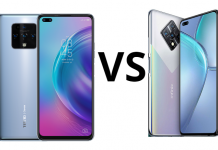 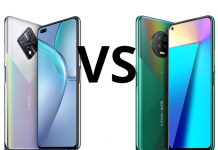 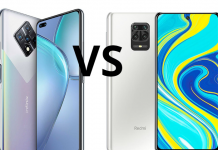 Infinix Zero 8 vs Xiaomi Redmi Note 9s : Which is Better