The Infinix Note 6, is basically a means Infinix provides for the needs of people who desire a smartphone with a stylus pen, and yet cannot afford to purchase a Samsung Galaxy Note device. The Infinix note 6  is cheap but offers premium usability. Infinix worked very hard to make the Infinix Note 6  a practical device, despite the price range it falls under. Reading this paragraph you can already tell I love this device so much. Without wasting much of your time, let’s dive into the specs and features proper. 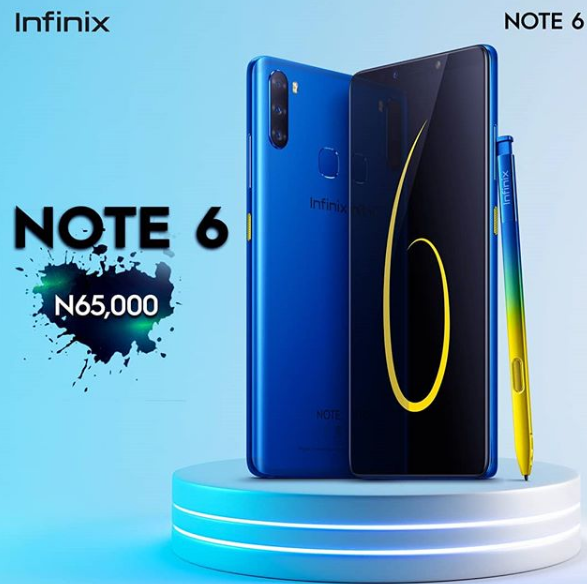 Despite the design trends, that other Infinix smartphone has picked up ( Trends like the weird notches and lots more). The Infinix Note 6 retains the same subtle design, its predecessors had. There is no weird notch here. You have an 18:9 ratio style display here. Upfront you have an earpiece, selfie flash and camera on top of its display. Beneath its display, is a clean bezel, with no physical navigation buttons. Navigation buttons are software base, you would have to turn on its display to gain access to them.

Turning the Note 6 to get a rear view, you are greeted with a metal rear cover, similar to what we had on the Infinix Note 5 stylus. You also have visible antenna bands here. On top of this metal rear cover, there are 3 rear cameras, a camera flash, and a fingerprint reader. 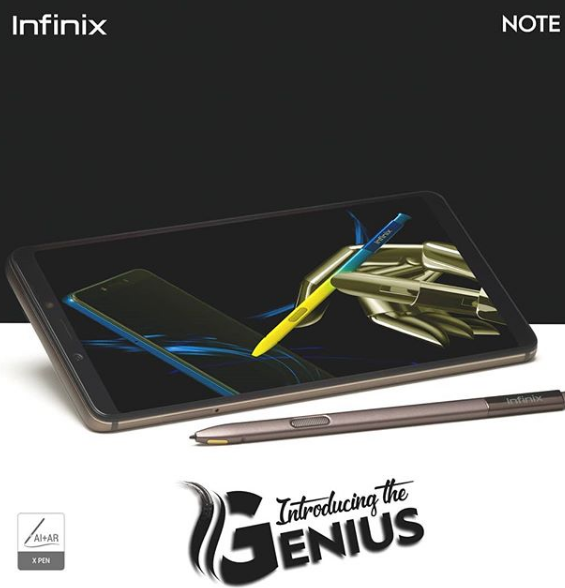 Must Read: Best Phones Under 45000 Naira in Nigeria

As you might have rightfully guessed, the Infinix Note 6  runs on the Android 9.0 pie operating system.

On the Infnix Note 6 , you are presented with a camera setup, that fits into the latest camera trend sought of. On the rear camera department you have a primary camera for normal shots, and a wide angle camera, that lets you shoot photos, with a wide field of view. The Primary camera on the rear is a 16MP shooter, and the wide-angle photo shooter is an 8MP shooter. For selfies, the Infinix Note 6 features a 16MP front camera, for crisp selfies.

Infinix is a smartphone manufacturer, Known for its low budget devices. They have been known to produce top-notch smartphones, with very affordable prices. For quite some time now, they have been on top of their budget game, championing the smartphone market in Nigeria and some other African countries. Despite the fact that Infinix Phones have been affordable over the years, Infinix Smartphones are about to get a lot cheaper. The Presence of low budget devices from other brands has taken a toll on the Prices of Infinix Smartphone.

Is the Infinix Note 6 a value for the money? My answer is a big YES, as long as you don’t place it side by side other top budget devices like the Xiaomi Redmi Note 7.

You just read my opinion of the Infinix Note 6. If you have other contributions, or you have counter opinions, please let me know in the comment section below. I would love to hear from you.