The Infinix Inbook X1 is Infinix’s foray into laptop manufacturing. It can be seen as Infinix spreading its tentacles in an attempt to dominate other sectors. In this article, we explore the Infinix Inbook X1 Specs and Price in Nigeria, Egypt, and Indonesia.

Infinix may not be a brand that has what it takes to tackle a trending laptop out there, but it does stand a chance of dominating the low-budget just like it has achieved with its Infinix smartphones. 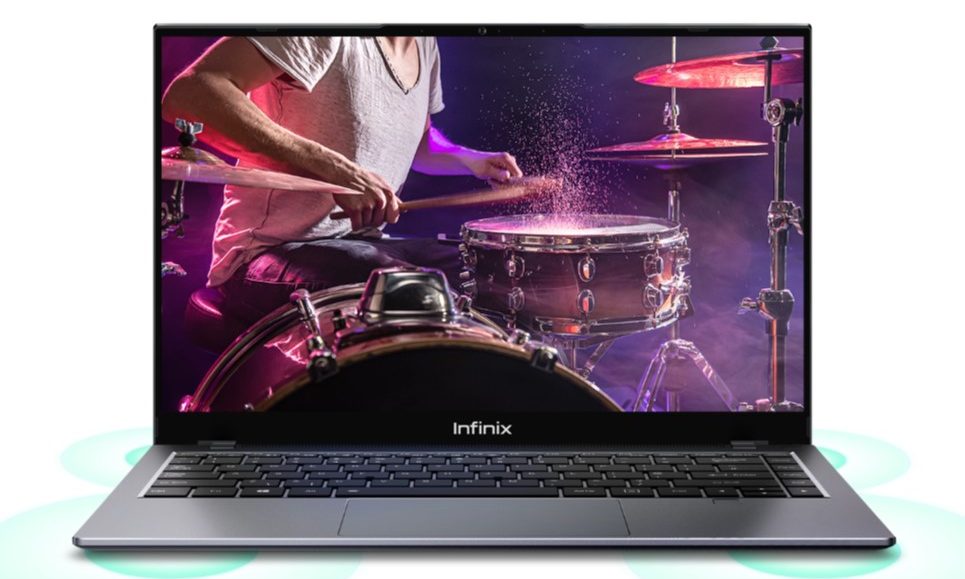 Having the fact discussed in the above paragraph in place means many enthusiasts are finally going to have a budget suiting laptop that won’t disrupt finances.

Without taking much time, let’s dive into the nitty-gritty of this newly released laptop.

It turns out Infinix’s first foray into laptops manufacturing left us with an ultrabook that seems to have drawn inspiration from the Samsung Galaxy Book and the Huawei Mate Book.

With the fact outlined in the first paragraph, it is safe to say Infinix is playing safe by offering enthusiasts a design that has already been accepted in this space.

Speaking of colours, we have four colour options that include Noble Red, Elves Green, Starfall Grey, and Elegant Black.

Opening, the lid, we find a 14-inch IPS Display with fairly thin bezels, with the most chunky of them being on the bottom, where the branding that tells you it’s an Infinix Laptop lies.

Official photos of the keyboard sort of indicates we aren’t up for a lot of key travel, however, the keys appear to be well space. Sitting below the keyboard is a trackpad and a capacitive fingerprint sensor.

Onto the build, the Inbook X1’s hardware is wrapped in an all-metallic chassis. The chassis and hardware combined weighs 1.48kg and we have got a thickness of 16.3mm

On the Infinix Inbook X1, we have one of the most generous parts selection of an ultrabook. The ports include:

Amongst the other performance facilitators are the Intel Iris GPU, 8GB, and 16GB RAM options, either a 256GB or a 512GB PCIe SSD, and a 55Wh Lithium Polymer battery. which can be charged via a 65W charger.

The Price of the Infinix Inbook X1 starts around 217,480 Naira in Nigeria, 8,333 Egyptian Pound in Egypt, and 7,583,426 Indonesia Rupiah. Enthusiasts outside these countries can relate to this price as $530.